Our play streets are big in Japan! 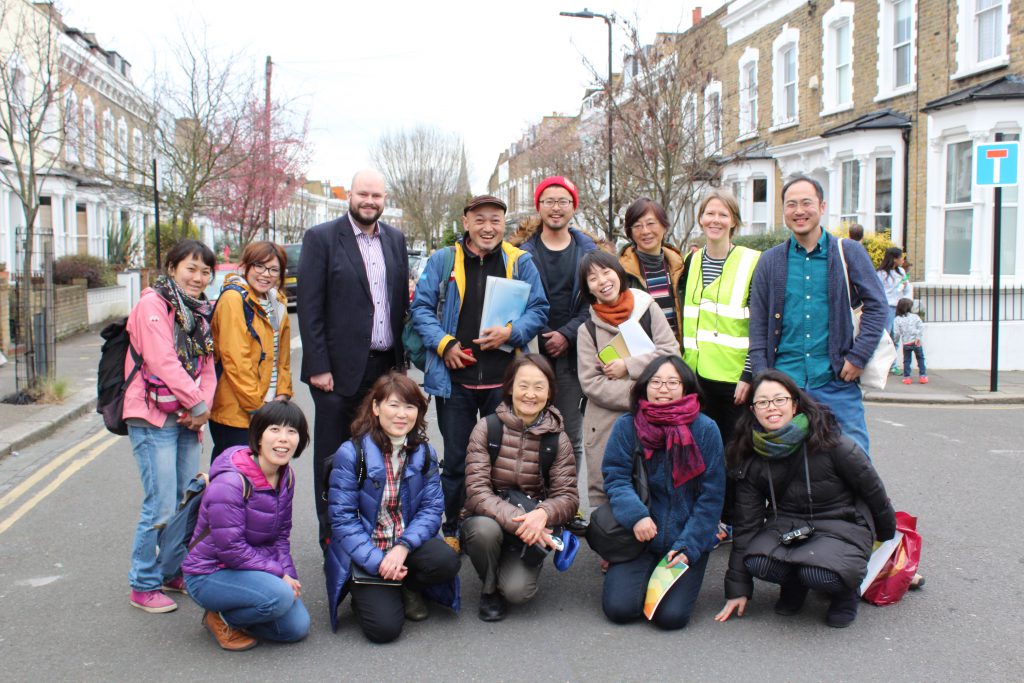 Play experts from Tokyo flew in to experience the thrills and spills of a Hackney play street recently. Families taking part in the session in Winston Road, Stoke Newington, welcomed the group of  Japanese visitors – who were on a week-long study tour. Hackney Mayor Philip Glanville also dropped in for some street play action!

Hitoshi Shimamura, who heads up Tokyo Play, said: “We started a similar idea called Playbourhood Street Tokyo. We wanted to see how things are done in Hackney, and hopefully learn from each other. In Tokyo community groups and residents are making it happen. We even have volunteers from the Fire Agency helping out – hosing the kids down when it gets too hot!” 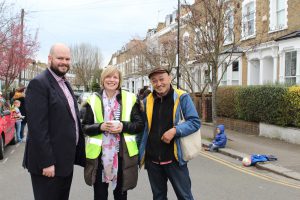 Play streets happen  when residents apply to shut the road for a few hours regularly to allow children to play out more safely, and so adults can come together and socialise. There are currently 40 streets taking part across the borough. In 2015-16 there were over 200 play street sessions involving around 1400 children. 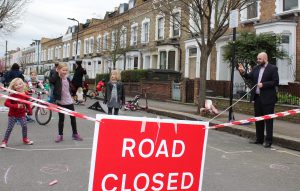 Mayor Glanville was put to work on the skipping rope!

Mum of two Vanessa Linehan, who has been volunteering to run sessions in her street for over four years said: “It was wonderful to hear about what’s happening in Tokyo and to know that we are part of a much bigger, worldwide movement. Starting our play street really made a huge difference in our street. The play outs themselves are loads of fun, and what’s amazing is he way they connect people up and create a friendlier atmosphere, which spills over into everyday life.

“People help one other out more and stop to chat in the street, we’ve an email group, run an annual street party, and the children have lots of local friends, knocking for each other and playing outside on the pavements together.”

Mayor  Glanville joined in with some skipping and said: “It has been brilliant to see how much fun everyone is having and to welcome the visitors from Tokyo. We are delighted so many residents across the borough are reclaiming the streets for the community and outdoor play.”

Find out more about starting a play street here and contact us for free support.