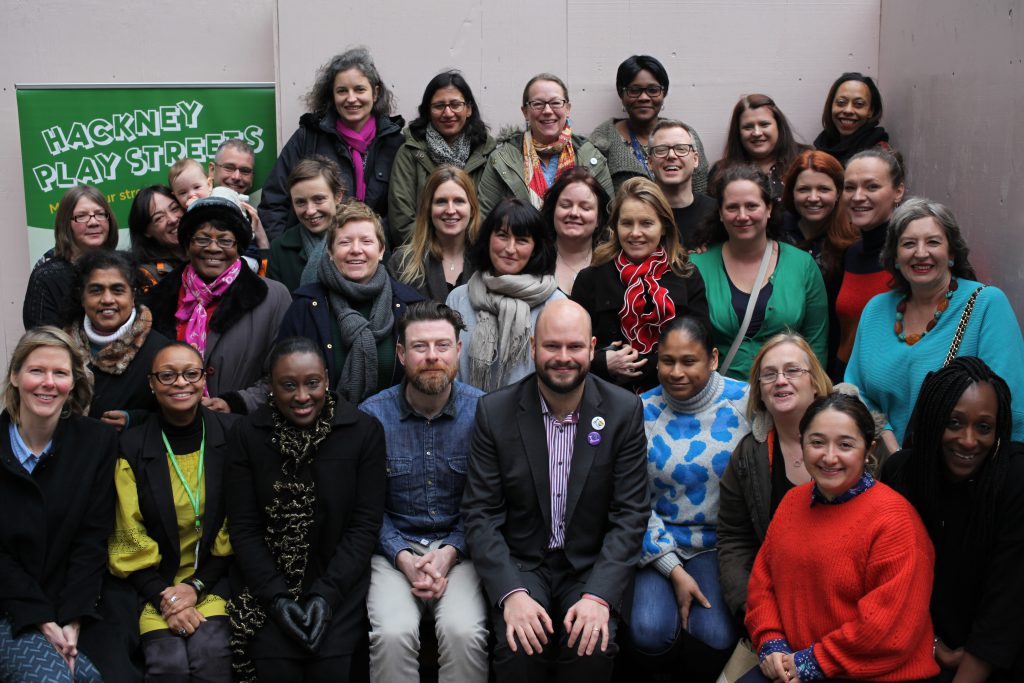 Residents from across the borough came together to celebrate their achievements at the first Hackney Play Streets Awards. The Mayor of Hackney Philip Glanville, Cllr Feryal Demirci and Deputy Mayor Anntoinette Bramble attended, handing out awards as well as letters of commendation to 28 people who volunteer to organise play streets. 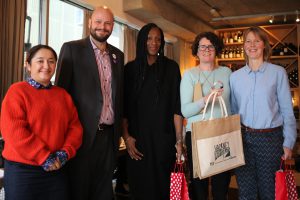 Architect Dinah Bornat was recognised both for running play streets in Southborough Road, as well as her important research and policy work with Hackney-based ZCD Architects, which is bringing play further up the agenda in the minds of architects and planners. Dinah’s research shows that the places where children play outside are also often social spaces for adults; so designing for children’s play generates positive social interaction in the wider community. 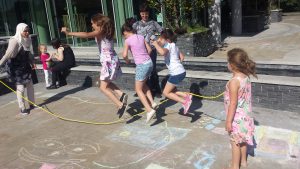 ‘Play and Chat’ session at Woodberry Down estate

Jackie Myers, winner of the Estate Trailblazer award, has been running ‘play and chat’ sessions in the Woodberry Down estate to encourage residents from new private blocks to meet and make friends with council tenants and other residents. She explained it’s also been an opportunity for her six year old daughter Jacyee, who is autistic, to socialise with other children. Jackie said: “It’s been a great experience for me because I love my community and I love where I live.” 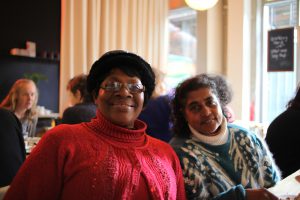 For Biblain Galloway and Beautine Wester, from the Clapton Community Seventh Day Adventist Church, the first church to get involved, play streets can be more than just a place for children to run around. They are looking to expand their play street into a “street gym” with exercise equipment and are also talking about hosting a mini library and book swap.

Speaking at the awards, Cllr Feryal Demirci, Cabinet Member for Neighbourhoods, Transport and Parks said: “We want to reclaim Hackney’s streets from motor traffic and transform them into the most attractive and liveable neighbourhoods in London. Hackney has been leading the way with play streets for five years, and we’re taking it further by removing traffic outside primary schools at pick up and drop off times. I’m really proud of what our residents have achieved and what we at the Council have done to support it to happen.” 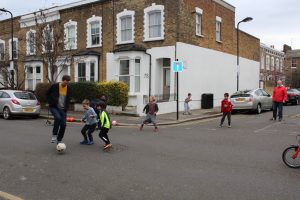 Mayor of Hackney Philip Glanville said: “It’s great to see such a diverse network of residents here, celebrating their achievements and learning from each other. But it’s more than just a network – it’s a movement. It’s about parents and young people reclaiming public spaces for the community.”

As spring approaches, it is a perfect time to talk to neighbours about starting up a play street. Further information here and you can download an application form here: www.hackney.gov.uk/play-streets

Please contact us for a start up chat. Email: allison.vitalis@hackneyplay.org